For productions like the musical 'the Marathon' we arranged the transport for the cast to theaters throughout the country.

Kemna/SENF is one of the largest theatrical producers in the country. Their latest production, Marathon the Musical, premiered in 2017. Based on the 2012 Dutch film hit De Marathon, the musical version proved to be a great success. It played at various locations all over the country. A bus was needed to take the cast to these nationwide locations, where flexibility and value for money were of the utmost importance. Kemna/SENF used Bookabus to source and arrange this bus for their national tour. 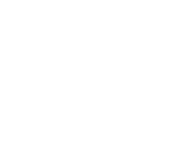 “Flexibility and value for money were of the utmost importance."

This was a major undertaking as it involved dozens of venues. Bookabus negotiated the pricing for us. Bookabus works with many bus-hire companies on a daily basis and this was made plain when they gave us the quote. During the decision-making process we listened to the advice given by Bookabus and they also coordinated our bus wrap-advertising. On show days Bookabus made themselves permanently available for support and last-minute schedule changes which were all well coordinated with the bus drivers.

“Bookabus works with many bus-hire companies on a daily basis and this was made plain when they gave us the quote."

What was the final result?

For any bus journey it is important that everything runs smoothly and that the bus leaves on time. When it comes to theatrical productions this is even more important, as fully booked theatres are dependent on shows that start on time. With Bookabus, every bus left on time and we could always contact the drivers if necessary. We will be very happy to work with Bookabus again for any future productions.

The right bus, the best price!

Send us an email on info@bookabus.eu